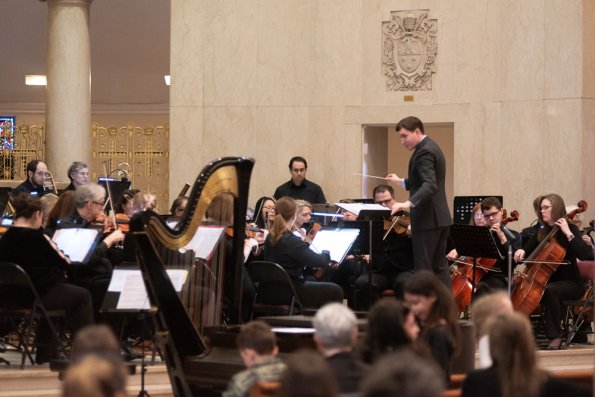 The incredible view and acoustic at Holy Name Cathedral! 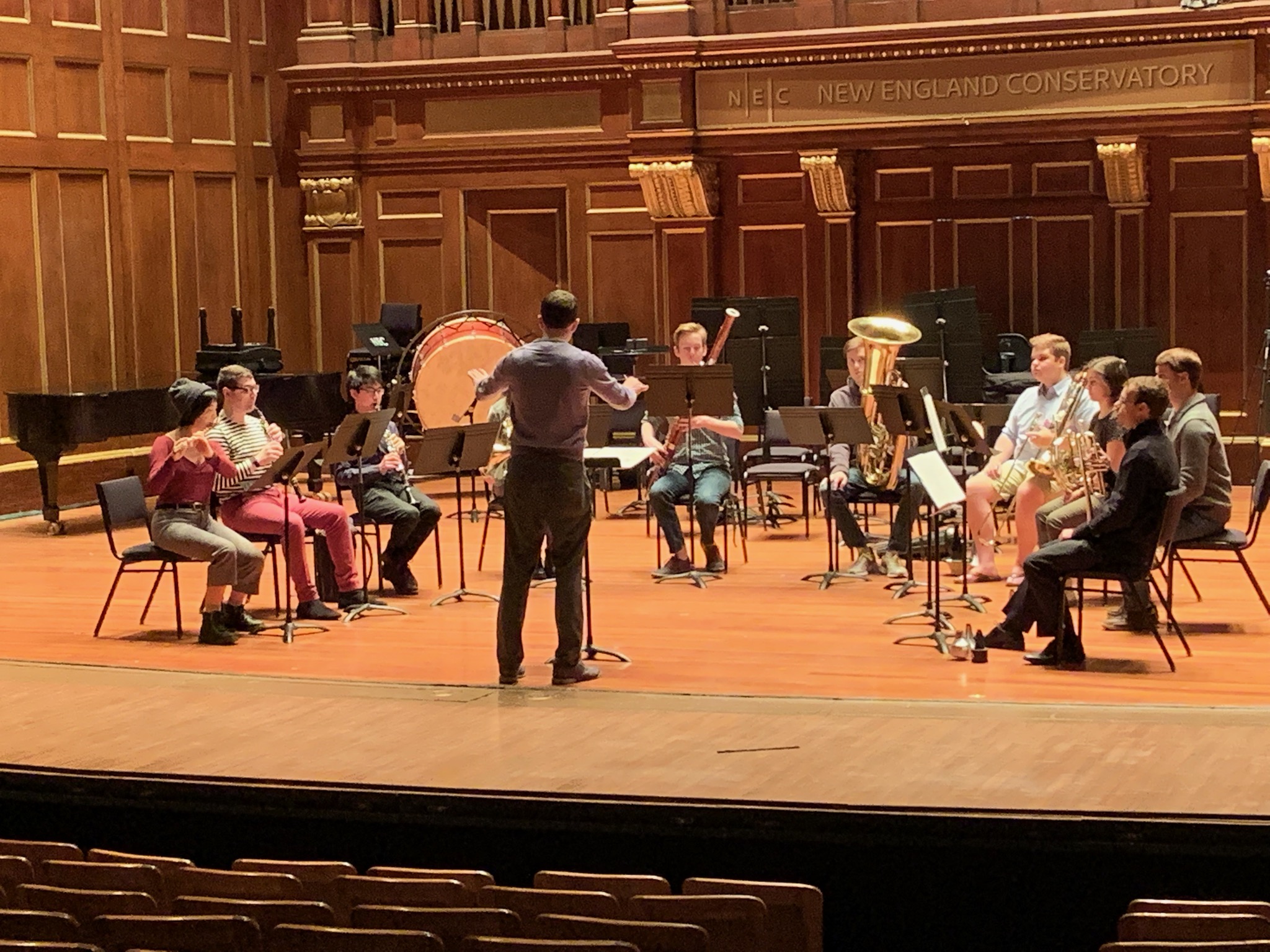 With the dynamic cast, composer, and director — after two premiere performances of Jacob Shulman’s new opera, Role Playing Game at the Armory in Somerville, MA.

Faculty, composers, and conductors at the 2018 Cabrillo Festival of Contemporary Music in Santa Cruz California! 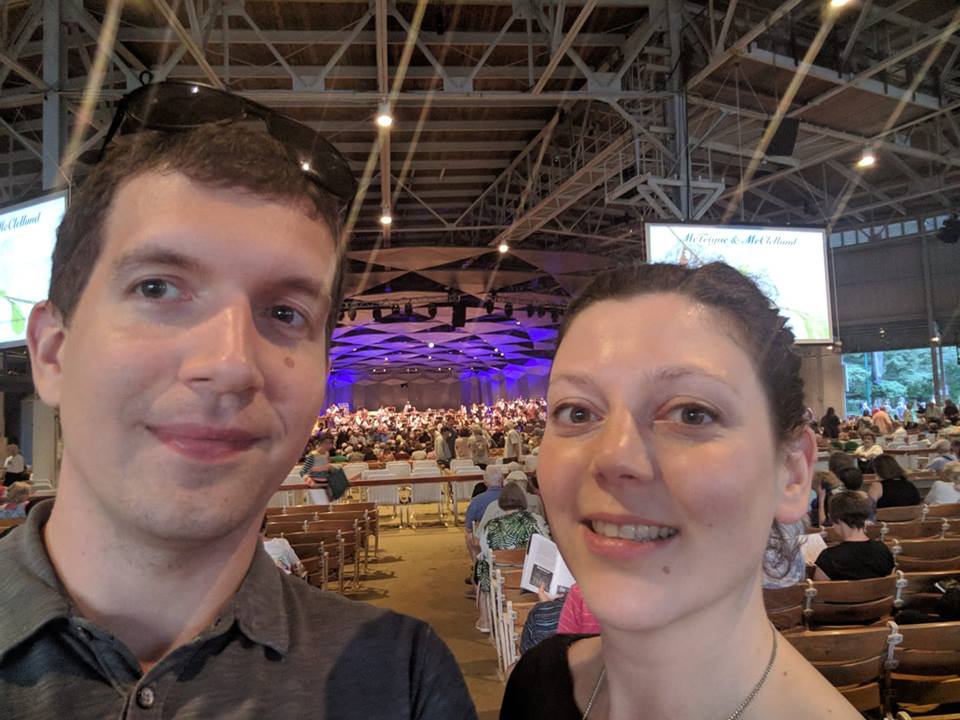 With the conducting class along with instructors Victor Yampolsky and Erin Freeman at the 2018 Wintergreen Summer Music Festival in Nellysford Virginia. 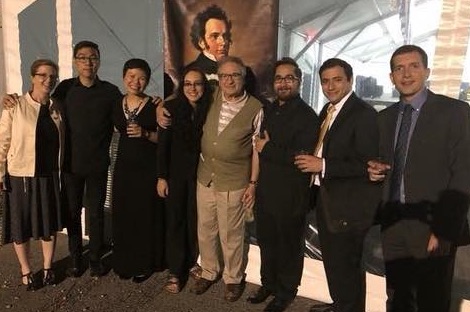 After a performance of the Schubert Octet at the Wintergreen Summer Music Festival.

Conducting the Baltimore Chamber Orchestra during their 2018 summer conducting workshop.

With my conducting colleagues after Boston Strong Music, a New England Conservatory concert to commemorate the fifth anniversary of the Boston Marathon Bombing.  Boston Strong Music was a gift from NEC students to the City of Boston representing how all have risen up with strength from the tragedy five years ago. 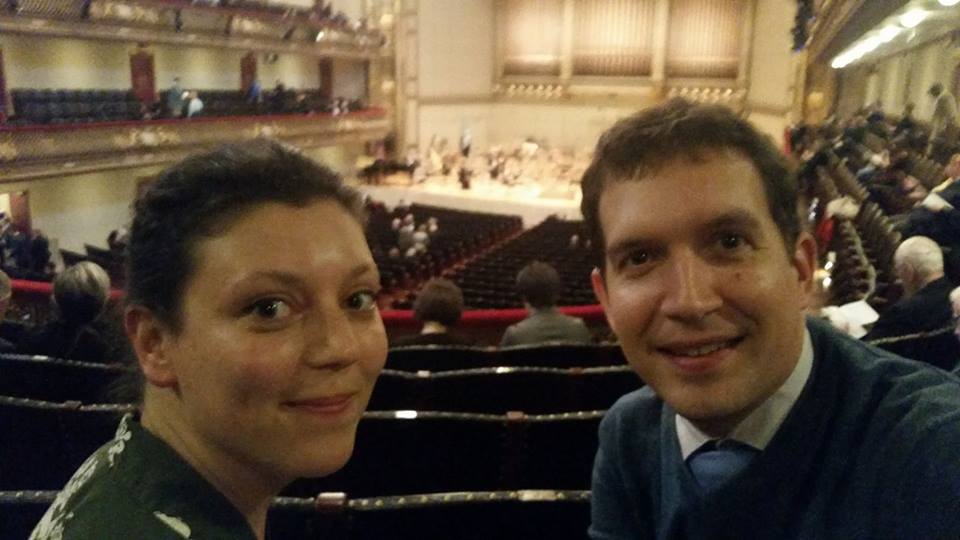 Our first Boston Symphony Concert, and our 5th wedding anniversary! 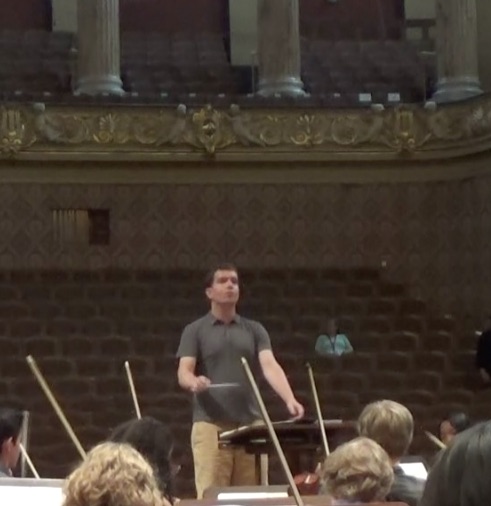 In Dvorak Hall at the Rudolfinum (home of the Czech Philharmonic Orchestra) during a rehearsal of Tchaikovsky’s 6th Symphony with the Chicago Youth Symphony Orchestra during their 2017 Central European Tour — Prague, Czech Republic.

Dress rehearsal with the Chicago Youth Symphony Orchestra in Belgrade, Serbia at Kolaric concert hall (home of the Belgrade Philharmonic).

Directing the Temecula Valley Symphony during “Rock Legends, a concert for the city of Temecula”.

Directing the Temecula Valley Youth Symphony in Rossini’s The Barber of Seville Overture.

Setting the scene for music from Star Wars

After a concert with the Stratus Duo. A flute and saxophone duo who perform music such as that from Super Smash Bros. and other popular franchises (many are video games) accompanied by symphony orchestra. 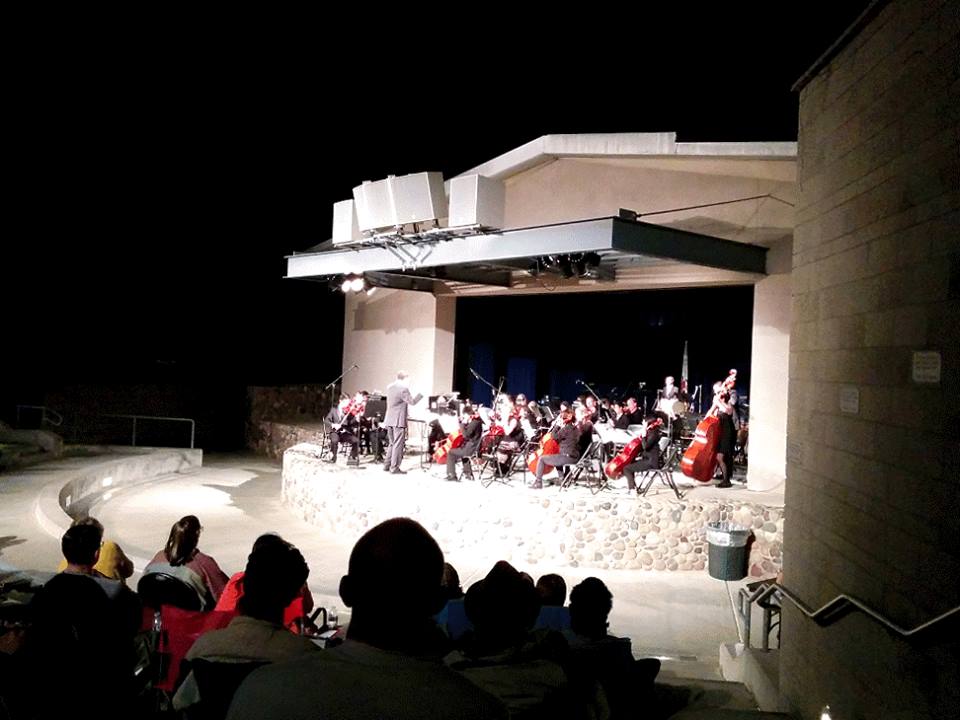 Directing the Temecula Valley Youth Symphony in excerpts from Stravinsky’s Firebird Suite at the Temecula Amphitheater. 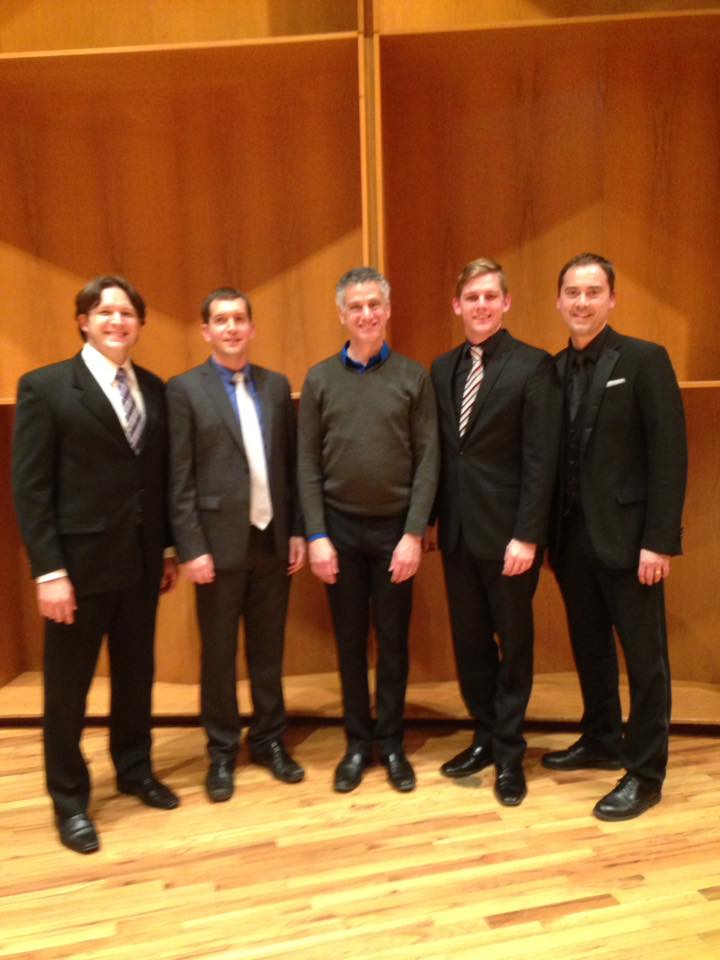 The conducting class at the Fairbanks Summer Arts Festival with Maestro Robert Franz of the Houston Symphony and the Windsor Symphony! 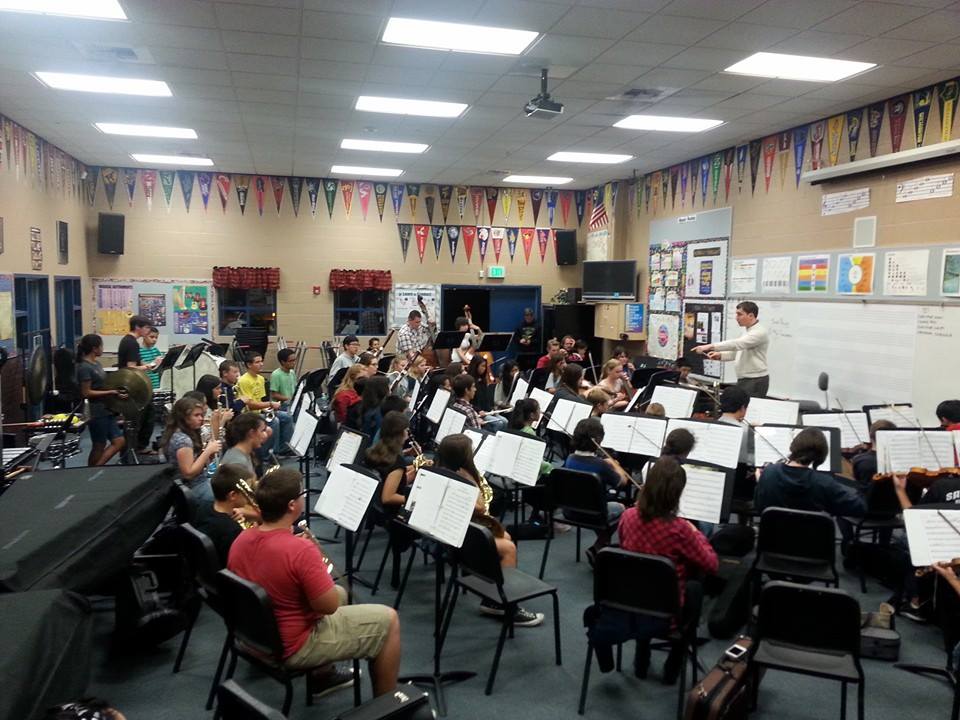 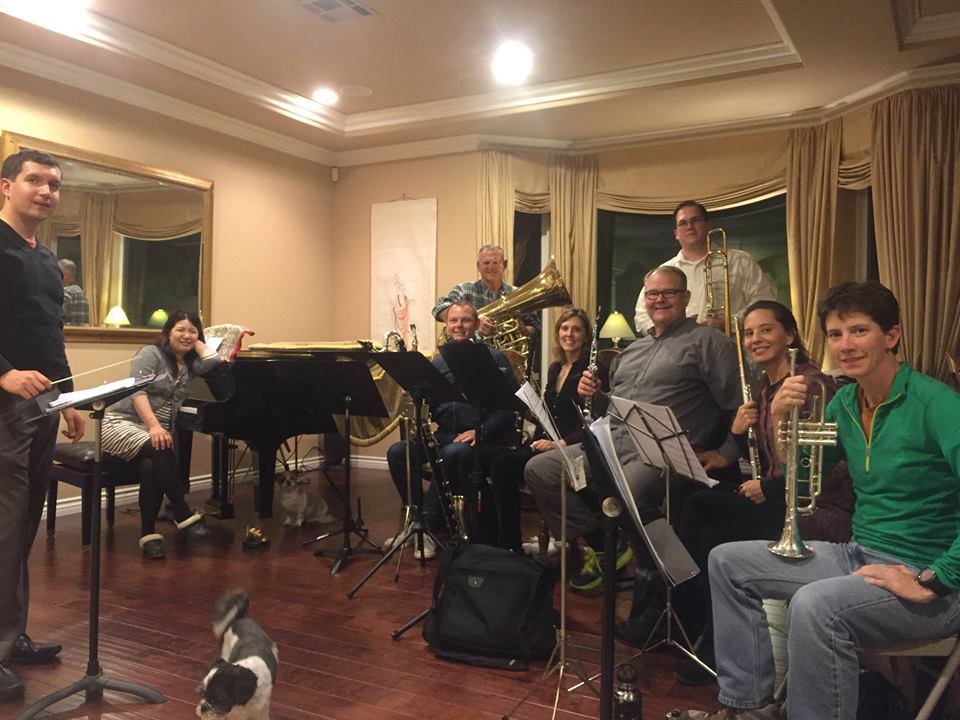 Preparing film composer Steven Mahpar’s Alice’s Adventures in Wonderland for the Colors of Music chamber music concert with some of the principal musicians from the Temecula Valley Symphony.

With Sir Patrick Stewart after a rehearsal of Oedipus Rex (Stewart was the narrator) by Stravinsky with the Chicago Symphony Orchestra and Chorus, Michael Tilson Thomas conducting.

Playing trombone with the Chicago Symphony Orchestra during Festa Muti, A Free Concert For the City of Chicago.  Pictured here performing The Star Spangled Banned, followed by Verdi’s La Forza Del Destino Overture, and Respighi’s The Pines of Rome!

With families from the Temecula Valley Youth Symphony between a rehearsal and performance of Tchaikovsky’s 4th symphony with the American Youth Symphony, on the campus of UCLA.